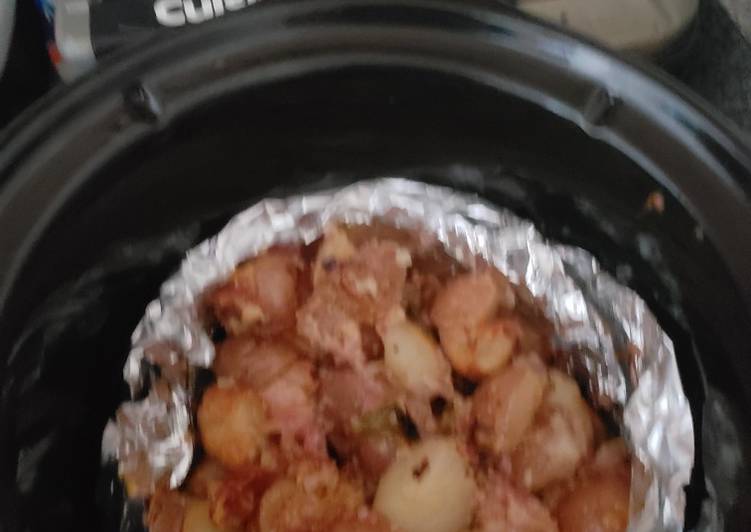 The seasoning is flavorful with a hint of herbs, and the topping is cheesy and creamy. Spray a slow cooker with cooking oil. Slice small red potatoes in half. (If potatoes are a larger size cut into quarters.) Place half of the cut potatoes, skin side down, into the slow cooker. You can have Slow cooker loaded potatoes using 10 ingredients and 3 steps. Here is how you cook that.

Sprinkle potatoes with half of the garlic, paprika, salt and pepper. Split potatoes, scoop out flesh, and transfer to a medium bowl, reserving skins. Add broth and yogurt to bowl, then season with salt and pepper and stir until combined; divide among potato skins. Top each stuffed potato with broccoli mixture.

These Loaded Slow Cooker Potatoes are one of the instances. Place potatoes in a Dutch oven, adding water to cover. Stir in chicken stock, onion, garlic, thyme, butter and bacon until well combined. Using a potato masher, mash potatoes until desired consistency is reached. With slow cooker recipes like this, I get the chance to actually sit outside and enjoy myself instead of slaving away on side dishes inside.